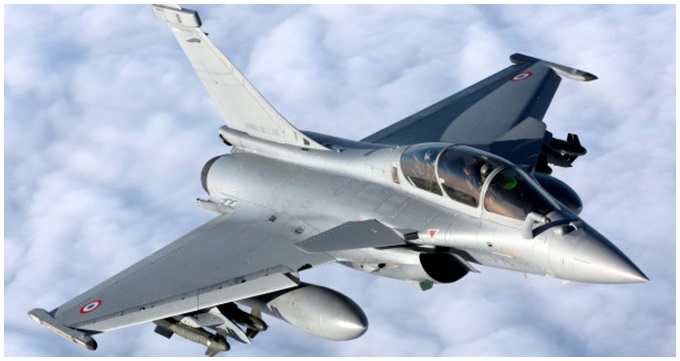 Rafale Deal – Everything you need to know about the IAF Rafale Deal.

The  NDA Indian government led by Prime Minister Narendra Modi has finally decided to go ahead with the Rafale deal in February 2015 for the  purchase 36 Rafale fighters in flyaway condition .  The Rafale deal with an estimated price tag of  $ 8.8 Billion which approximately amounts to  Rs . 59000 Crores is considered to be the mother of all defence deals  India has signed so far.

The delay is primarily due to  lack of political will and neglect by successive governments and the  long drawn  procurement process . The  contract negotiations with the French company Dassault Aviation, the manufacturer of Rafale fighters was also  dragged with Snel’s speed.

The Critical State of the IAF Squadron Strength :

The Indian Air Force ( IAF ) operational squadron strength had declined to barely 32 squadrons as against the sanctioned strength of 45 squadrons. Both  LCA Tejas and Russian Su 30 MKI were lagging behind in terms of capabilities as compared to the fighters being inducted by its adversaries ( Pakistan and China ) . And therefore  then Indian government  decided to equip the IAF with 4 plus generation fighters in sizable numbers.

The Indian government floated the tender to acquire 126  MMRCA ( Medium Multi-Role Combat Aircraft ) in 2001 . As per this  tender , eighteen of the medium multi-role combat aircraft (MMRCA) was to be purchased in flyaway condition and the remaining 108 were to be manufactured in the country under a transfer of technology ( TOT ) agreement with the selected supplier. The Indian government issued a formal “Request for Proposal” ( RFP ) for procurement of 126 fighter aircraft for Indian Air Force in August 2007.

The Indian Air Force conducted extensive technical and performance evaluation trials  for all the seven contenders and submitted the report in 2011 . The IAF finally shortlisted both Dassault Rafale and Eurofighter Typhoon for final contract negotiations . However , during the UPA Congress government tenure ,  the Rafale deal could not proceed further till 2014 due to RFP compliance and cost-related issues. This is  despite the critical state of  the Indian Air Force operating with a dilapidated fleet of obsolete aircraft.

The BJP government came in to power in 2014 with the massive mandate under the leadership of Prime Minister Narendra Modi. In February 2015 , during PM Modi’s visit to France  , the government declared its decision to move ahead  with the purchase 36 Rafale fighters in a government to government deal to be purchased in flyaway condition. 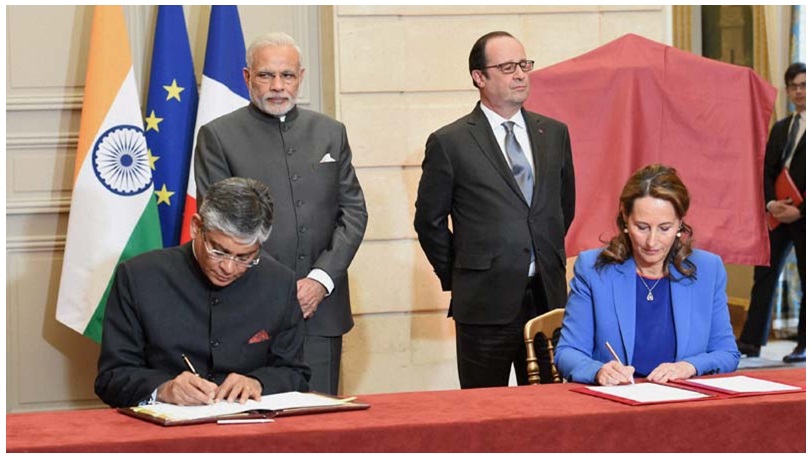 The  Rafale  is  a freighter aircraft of  French origin  which is manufactured by  the French  company  Dassault Aviation  . The Rafale  is considered to be a 4.5 generation , multi mission  , state of the art  fighter aircraft  with proven track record of combat capabilities . The Rafale  fighter is equipped  with latest weapons  and electronic warfare systems which can give a decisive edge to the  IAF against its main adversaries i.e. Chinese and the Pakistanis air force

The  Importance Of  Rafale  for  Indian Air Force  :

The squadron strength of the Indian air force has steadily declined over a period  of last few decades  . The IAF squadron strength  has now  reached  to the dangerously low level of  barely  33 squadrons . This  squadron strength well bellow  the minimum operational strength  42 squadrons  required in the event of  two front war scenario . The lack of planning , political will  and extremely slow pace  of  decision  making are some the factors responsible for this situation .

The  successive Indian governments  have failed to accord the due importance and the priority  to initiate the necessary corrective measures  . The UPA government led by Congress   could not  provide the necessary resources , direction  and the political will  to ramp up the IAF declining squadron strength .

Further , the plan to induct LCA Tejas fighters in sizable numbers which was intended to replace MIG 21 also could not take off . The indigenously designed and developed  Tejas fighter aircraft has faced considerable delay and performance issues .  The  Indian air force has time and again flagged several  improvements in Tejas specification in order to be considered suitable .

Further , the Hindustan Aeronautics Limited ( HAL )  , a public sector undertaking company   which is mainly responsible to manufacture the Tejas aircrafts could deliver only fraction of the committed numbers .  The HAL is currently producing only 6 Tejas fighters per year whereas the required  production rate should be 20 Tejas fighters per year .

The Current State Of  the Indian Air Force Inventory :

Out of the 34 squadrons, almost 12 squadrons consist of MIG 21 , MIG 23 and MIG 27 which have already gone through a number of refits and up-gradation programs. Even the “Original Equipment Manufacturer” ( OEM ) of these aircraft has refused to upgrade these planes any further. And we are constrained to seek the help from third party vendors to upgrade these aircraft.

This means there would be a  sizable reduction in the already critically low squadron strength for  IAF . And  therefore , it is critically important for Indian government  to induct new breed of fighter aircraft in sizable numbers to avoid any compromise on issues concerning national security.

Why Rafale was selected over Eurofighter Typhoon :

The Indian Air Force had conducted  extensive technical and performance evaluation trials and eventually left the final choice with the government of the day . The French origin  Dassault Rafale and the Eurofighter Typhoon were declared by IAF as  final contenders for MMRCA  deal . The Indian government opted for Dassault Rafale possibly because of two factors . The IAF is already operating French Dassault  Mirage 2000  in sizable numbers with the excellent track record.

Further, the Eurofighter Typhoon is a creation of a joint venture between four europian countries.  The future of  Eurofighter  lacks clarity . Considering the average  life span of at least 30 years, the serviceability of these aircraft could be a major issue in future although Eurofighter was offered at a slightly cheaper price  as compared to Rafale . The Indian government declared Dassault Rafale as L1  bidder in 2012  and initiated the contract negotiation.

The Urgency to Buy 36 Rafales Off the shelf  :

The Congress led UPA government had already spent a considerable amount of  time on the selection process and could not take the Rafale deal to its logical conclusion . Further , the  UPA government did not have the plan B in place  to ensure the minimum squadron strength for IAF  necessary for the operational preparedness .

Why Rafale could not be manufactured by HAL ?.

The HAL had developed expertise only in assembling soviet era fighters . Further, the existing  HAL manufacturing  plants did not have the necessary infrastructure in place  required for  sophisticated Rafale fighters . And therefore , HAL and  Dassault Aviation could not reach an agreement on various issues to locally manufacture the  Rafale fighters  in India . Any decision to locally manufacture these planes in India  would have further delayed the delivery schedule of these fighters urgently needed by IAF.

Further , Dassault Aviation was not ready to take the responsibility of the Rafale if manufactured in India by HAL considering the poor track record . It would be worth mentioning here the recent media reports about  HAL not being able to manufacture rotary blades for French origin Cheetah helicopters in India despite the technology transfer by the French company.

The  NDA government led by BJP came in to power in 2014  and  had left with very limited options. And therefore, the NDA government decided  to go ahead with the purchase of  36 Rafales in flyaway condition.

The Rafale Deal For 36 Rafales was Finally Sealed  :

The NDA government decided to go ahead with the purchase of 36 Rafales in fly away condition . This decision was conveyed in principle  in 2015 during Prime Minister Narendra Modi’s visit to Paris . The  agreement was sealed in September 2016 in New Delhi between the Defence Ministers of both countries . The Indian side was represented by then Indian Defence Minister  Mr Manohar Parrikar and the French side by his visiting  counterpart, Mr Jean Yves Le Drian . India also released the first payment of 15 per cent to seal the contract.

The Rafale Deal For 36 Aircrafts  Includes  :

The deal sealed by NDA government was quite a comprehensive deal  in terms of both  scope and weapon systems included in the deal . This deal  includes the cost of the 36 aircraft, IAF-specific enhancements and modifications , latest BVR missiles, other Weapons, training, Operations and Maintenance infrastructure at two locations. This deal also includes the 50%  Offset obligation to be fulfilled by Dassault as an investment in India .

During the same period , both  Chinese and Pakistanis air force have steadily  increased  their squadron strengths  both in terms of absolute numbers and the technology . The Chinese air force  has already inducted latest  J -20 so called fifth generation aircraft with stealth technology . The Pakistanis air force also has sizable number of   American F-16  and  Chinese designed but made in Pakistan JF – 17 .

The opposition parties are resorting political blame game to derive some political milage. The opposition main charge  seems to be the higher price paid in this deal . During the UPA government  tenure , the Rafale deal was always stuck in a negotiation mode . As such no concrete price tag and the scope of the deal is available for fair comparison.

Further, we also need to factor the escalation due to delays in decision making . As clarified  by the government , the government could negotiate a much better price , weapons package and the scope of the services included in this Rafale deal .

All political parties should avoid the temptation to drag the issues concerning armed forces into the political arena in the national interest . Such tendencies can seriously cripple the government’s resolve to provide the latest weapons to the armed forces which adversely affect the combat capability of the armed forces.

Although  Rafale fighters  had  controversial entry into the IAF  but  undoubtedly  the Rafale will be a complete game changer for the Indian air force . The Rafale fighters will provide unmatched capabilities to IAF to completely dominate the air combat against its adversaries . Further , the proposed induction of 36 Rafales  would  provide some breathing time to the Indian government and  IAF  to initiate the corrective measures on the war footing  to improve the IAF Squadron numbers.

The proposal to place follow-on order of additional 36 Rafale fighters is also being considered by the Indian government . The government should focus on driving the HAL to ramp up the LCA Tejas production to at least 20 LCA Tejas  per year  . The HAL can easily achieve this by opening additional production lines and with the active participation of private sector . These two measures  will further help to ease the pressure.

Final Verdict On Rafale Deal By Supreme Court Of India :

The Supreme court of  India on 12th December 2018 gave a clean chit to the government of India and dismissed all the petitions filed by opposition parties.